The year 2019 was marked by the optimization of the Klabin’s assets, with an increase in the industrial utilization rate and dilution of operating costs. Once again, the Company managed to overcome the challenges of an adverse economic scenario through its flexibility and operational efficiency and its diversified product portfolio. We also started a new investment cycle in 2019, with the approval of the Puma II Project.

Klabin’s economic goals are strictly linked to the generation of long-term value for its shareholders. Return on Invested Capital (ROIC) is one of the main indicators that guide decision making in the economic field. The Company’s economic performance is constantly assessed by top management, with a breakdown into goals and variable compensation for the Executive Board.

On March 29, 2020, Klabin announced the purchase of International Paper (IP)’s packaging paper and corrugated cardboard packaging businesses in Brazil. The acquisition, effected after a long negotiation period, reinforces the Company’s belief in the Brazilian market and confirms its long-term strategic vision.

The operation, totaling BRL 330 million, will increase our installed capacity of corrugated cardboard packaging to over 1 million tons per year. The investment also includes the purchase of three packaging paper units (virgin and recycled fibers), with total capacity of 310,000 tons per year With the deal, the company will operate in Brazil’s five regions, as one of the acquired plants is located in Rio Verde (GO). The other assets are in São Paulo and Amazonas By the closing of this report, the transaction was under assessment for approval by the Brazilian Administrative Council for Economic Defense (Cade).

Summary of the economic scenario

BOTH ABROAD AND IN BRAZIL, TWO DIFFERENT ECONOMIC SCENARIOS PERVADED THE YEAE 2019.

The period up to September was marked by unclear contingencies raised by the trade war between the United States and China, and by the slower-than-expected growth of the Brazilian economy. Such scenario resulted in a price drop of pulp and packaging papers, a lower demand in certain regions and an increase in pulp inventories in ports, mainly in China and Europe.

By the fourth quarter, however, expectations reversed both for the international pulp market and the Brazilian economic activity. Abroad, the slowdown of the trade war and consequent demand recovery from China, the drop on global pulp inventories and unscheduled production shutdowns, generated greater optimism and the first announcements of price increases, mainly in the softwood pulp market.

In the domestic market, the passing of the pension reform and structurally lower interest rates and inflation apparently boosted confidence, directly impacting the paper and packaging market.

1Some figures may not express an accurate result due to rounding.

Note: Information on environmental and social investments is available in the Environment and Local Development chapters, respectively.

Important debt management work carried out in 2019 enabled a reduction on the portion of Klabin’s short-term debt from 11% at the end of 2018 to 5% at the end of 2019, increasing the average debt term from 48 to 96 months, with costs kept at the same level.

The work also improved the debt profile, with a consequent increase in the share of debts via the capital market, in addition to improving the Company’s liquidity horizon by significantly reducing the average amortization for the period of higher disbursements in the Puma II Project. Thus, average amortization between the 2020 and 2022 dropped from BRL 2.5 billion/year by the end of 2018 to less than BRL 1 billion/year in December 2019.

Learn more on Klabin’s financial and operating results at the Investor Relations website. 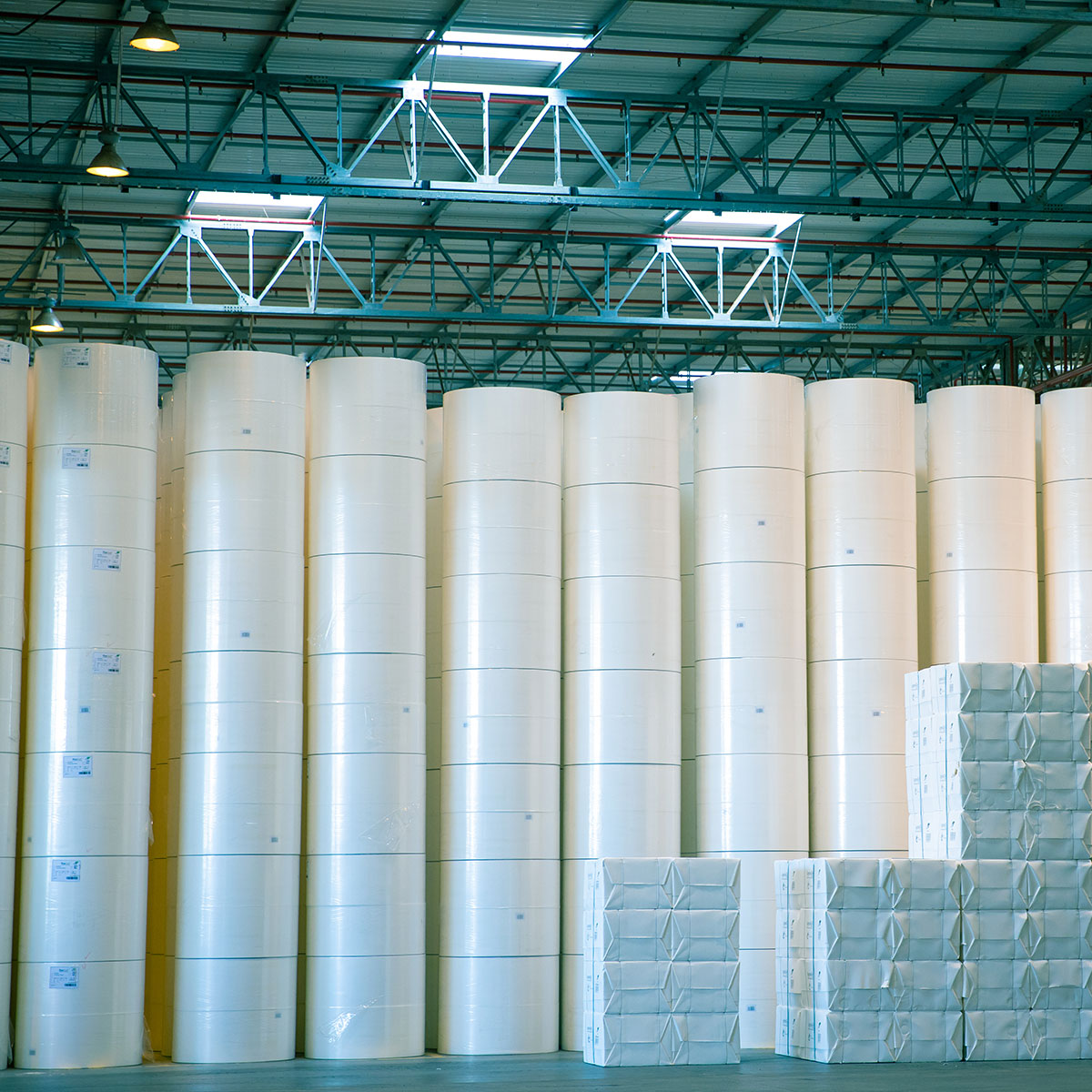 A milestone for the Pulp Business Unit in 2019 was the anticipated termination of the supply agreement with Fibria, following an evaluation of the market and strategic benefits of trading hardwood pulp.

The process took place in a gradual and planned manner, with the migration of volumes starting in April. We took on full responsibility for the trading as of August.

We have an adequate commercial structure, as well as proper logistics and expertise in the distribution of a wide range of products and, with that move, took a step forward to establish ourselves as an independent and competitive supplier in the international market of BEKP (Bleached Eucalyptus Kraft Pulp), foreseeing even better profitability, price and term conditions regarding sales of the product.

Of the BRL 2,574 million invested by Klabin in 2019, the amount earmarked for forestry operations and the operational continuity of the plants represents investments aimed at the Company’s operational maintenance. Investments in special projects and expansions represent high and fast return projects.

Of the total estimated gross investment of BRL 9.1 billion for the Puma II Project, Klabin disbursed BRL 1.3 billion in 2019. By the end of 2019, the works were slightly ahead of schedule, with about 20% of the first phase already completed. Learn more about the Puma II Project in Business Expansion.

Following the growing increase of small stock market investors, Klabin’s investor base also registered a significant expansion of such profile in 2019. . Such movement reinforces the confidence placed by capital market and investors in the Company as it strives to provide this public with relevant information, particularly with regard to ESG (Environment, Society and Governance) indicators.

Click here to learn more about the disclosure of the use of green bond funds em 2019.